FOCUS 153 is an initiative within the Fellowship Of Catholic University Students that seeks to equip every aspect of our apostolate to effectively reach all ethnic and racial demographics on campus and beyond.

John 21
5Jesus said to them, “Children, have you caught anything to eat?” They answered him, “No.” 6So he said to them, “Cast the net over the right side of the boat and you will find something.” So they cast it, and were not able to pull it in because of the number of fish.

11So Simon Peter went over and dragged the net ashore full of one hundred fifty-three large fish. 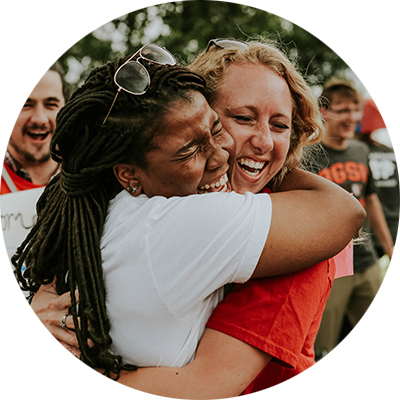 According to St. Jerome, the number 153 represented the whole of every species of fish known to mankind at that time in history.

The scripture passage is an anticipation of how the Apostles were made fishers of men by Christ and would gather believers from every nation, race and ethnicity into the Church.